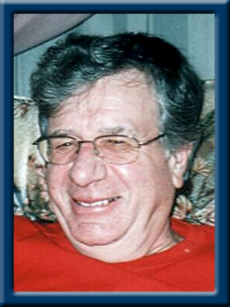 HARRINGTON – Allen R., 84, of Brooklyn, Queens County, passed away peacefully in Queens General Hospital, Liverpool on Monday, June 3, 2019.
Born in Brooklyn, Allen was a son of the late Andrew and Vera (Wilt) Harrington.
Allen was an assistant purchasing manager at Bowater Mersey Paper Company at the time of his retirement in 1991, Prior to his working with Bowater, Allen served two years in the late 1950’s in the Royal Canadian Navy aboard the Bonaventure.
Allen ran Atlantic Divers; a diving business in the 1970’s and enjoyed softball, lob ball, drag racing and sailing. He was a lifetime, founding member of the Brooklyn Marina. He was also a “jack of all trades” who loved working in his garage. He acquired the nickname “the Wizard” because if he couldn’t fix something, he invented a replacement. In his later years, Allen spent time camping with family and friends. He loved animals, all types of music, the beach and especially spending time with his family.
Allen is survived by his daughters Dawn (Gary) Roberton of Brooklyn, Vicki (Robert) Roach of White Point, his son Danny (Donna) of Eagle Head. His brothers Philip (Shirley) of Brooklyn and Dennis (Sherry) of Liverpool, his companion Jutta David of Brooklyn and his pal “Charlie”.
Allen was predeceased by his wife Donna Lee (DeLong).
Cremation has taken place under the direction of Chandlers’ Funeral Home, Liverpool where a celebration of life tribute will be held on Tuesday, June 11, 2019 from 7 until 9 p.m. in the chapel. No flowers by request, donations may be made to the Queens General Hospital Foundation. Online condolences may be made to www.chandlersfuneral.com.

Offer Condolence for the family of Harrington; Allen Robert