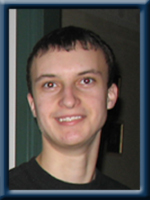 Patrick was born on July 16, 1993 in Saskatoon, Saskatchewan, weighing 5 pounds 5 ounces. He struggled his way into our lives as he did leaving our lives.

We are so proud that Patrick, in his short life, was able to conquer his fears; learning to swim, tackling the roller coaster, riding his bicycle like the Tour de France around Western Head, getting his driver’s license and graduating high school. Most of all he learned to know the love of  his family and his friends.

A celebration of Patrick’s life will be held Thursday, November 7, 2013 at 11:00 a.m. in Chandlers’ Funeral Chapel, Liverpool. In lieu of flowers, donations may be made to the charity of your choice. Online condolences may be made to www.chandlersfuneral.com

Offer Condolence for the family of Hamlin; Patrick Owen