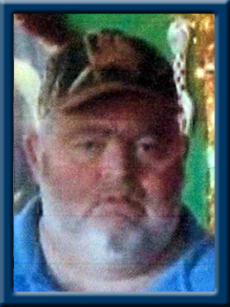 GUEST – Robert James, age 55, of Milton, Queens County, passed away suddenly on April 7, 2021.
He was a son of the late Leo and Yvonne (Roy) Guest.
Robert was a former employee with Mersey Seafood, Liverpool and Chandlers’ Funeral Home. He enjoyed the outdoors, working in the woods, hunting and fishing.
Robert is survived by his wife Trinda; sister Darlene (Jeff) Whynot of Liverpool; brothers Warren of Milton and Larry (Janet Perry) of North River; two nieces, two nephews, two great nieces and six great nephews along with his fur babies Maggie and Trixie.
Besides his parents, Robert was predeceased by his brother Ronald in infancy.
Cremation has taken place under the direction of Chandlers’ Funeral Home, Liverpool, NS. At Robert’s request, there will be no funeral service. No flowers, donations may be made to a charity of your choice. Online condolences may be made to www.chandlersfuneral.com

Offer Condolence for the family of Guest; Robert James