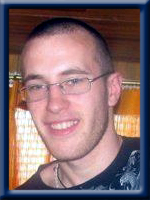 It is with great sadness that we announce the sudden passing of Shaun Tyler Donald on June 15, 2014.

Born in Liverpool September 9, 1990, he was the eldest son of Angela Greek Dagley (Corey), Bridgewater.

Shaun was a very strong-willed, polite, caring and compassionate young man. He was a hard worker and would help anyone in need without even having to be asked. His family and close friends meant the world to him. Shaun enjoyed so many things in his short life; camping at the lake and participating in the woodsman competitions. Kettle Boil was his favourite dry activity. Shaun loved canoeing, tub racing and best of all the Log Roll. Shaun loved working with his father in the yard on any project there was. From the time Shaun was 4 he had a tool of some kind in his hand. Shaun loved working on vehicles, carpentry and fishing. At the age of 12, Shaun was a member of the Navy League in Bridgewater. He was such a proud cadet. He was an amazing fundraiser for them and any school fundraising event they held he was first to sign up for. Shaun raised so much money for Hebbville school that he won a stereo and a painting they had as prizes. He was so very proud of his accomplishments. Shaun enjoyed playing soccer, street hockey and ice hockey on the lake with the kids from the neighborhood. Shaun enjoyed the company of many people who made a big impact in his life to which he gained some true morals.

He was predeceased by his grandfather Donald Greek and his aunt Marianne Greek Blackwell. Great-grandparents Harold and Ena Greek, William “Bill” and Kathleen “Kay” Tarr.

Arrangements are under the direction of Chandlers Funeral Home, Liverpool. Funeral service will be Tuesday, June 24, 2014 at 11:00 a.m. in Zion United Cemetery, College Street, Liverpool with Reverend Steven Hopper officiating. No flowers by request, donations to the family would be greatly appreciated. Online condolences may be made to www.chandlersfuneral.com

Offer Condolence for the family of Greek; Shaun Tyler Donald