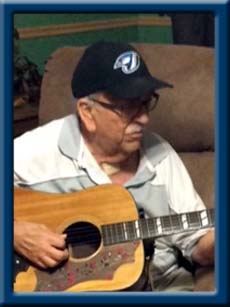 GARDNER – Arthur Richard “Dick”, 79, of Brooklyn, Queens County, passed away peacefully in Queens General Hospital, Liverpool on Thursday, June 15, 2017.
Born in Sandy Cove, Queens County, he was a son of the late Edith Gardner.
Dick was a true Toronto Maple Leafs and Toronto Blue Jays fan. He loved to barbeque and was your go to guy if you had any small engine problems. He loved camping and spending time at the lake, but , especially enjoyed playing music.
He is survived by his loving wife Elizabeth “Babes” Carson; daughter Kathy (Jeff) Hubley of Head of Chezzetcook; granddaughter Melissa (Robert) Castonguay of Thorburn N.S; great granddaughter Lily.
He was predeceased by his sisters Shirley Wolfe, Sylvia Whalen and Joan; brothers George “John” and Philip.
Cremation has taken place under the direction of Chandlers’ Funeral Home, Liverpool, N.S. where visitation will be held on Saturday, June 17th, from 7:00 – 9:00 p.m.. Funeral service will be held on Sunday, June 18th, 2017, at 2:00 p.m. in Chandlers’ Funeral Chapel Liverpool. Reverend Judy Cross officiating. Reception to follow. Family flowers only by request, donations may be made to the IWK. Grace Hospital, Halifax. Online condolences may be made to www.chandlersfuneral.com

Offer Condolence for the family of Gardner; Arthur Richard “Dick”