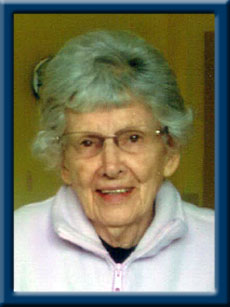 GODFREY – Norma Ireleine, 90, of Liverpool, passed away peacefully in North Queens Nursing Home, Caledonia on Friday, November 10, 2017.
Born in Milton,. She was a daughter of the late Frederick and Florence (Keans) Braine.
Norma was a former employee for Stedman’s Store in Liverpool and worked in the Parts and Service Department at Sears Liverpool until her retirement.
She is survived by her sisters Dorothy Willoughby of Bramalee, ON; Margaret Wolfe of Sandy Cove.
She was predeceased by her first husband Robert Henderson, her second husband John Godfrey, her sister Rita Peyrard and her brother Bill.
Cremation has taken place under the direction of Chandlers’ Funeral Home, Liverpool, NS. At Norma’s request, there will be no funeral service. No flowers. Donations may be made to the Alzheimer’s Society of Nova Scotia or the North Queens Nursing Home, Caledonia. Online condolences may be made to www.chandlersfuneral.com

Offer Condolence for the family of Godfrey; Norma Ireleine