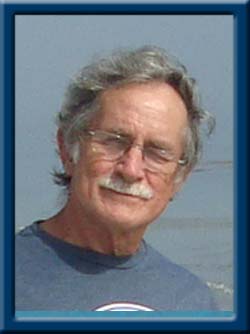 GODFREY – John A., 71, of Brooklyn, Queens County, passed away suddenly on Tuesday, October 27, 2105 in Queens General Hospital, Liverpool.
Born in Brooklyn, he was a son of the late Arnold and Marion (Cole) Godfrey.
John ran dry-cleaning services for different companies while in BC. He returned to Nova Scotia where he was employed with Bowater Mersey Paper Company Limited. He retired as head of the Maintenance Department. John sold slab wood on the side and was known as the “wood guy” or as “john” of all trades.
He is survived by his companion Joanne Van Zutphen; his daughters Dori Godfrey (John) of Halifax; Denise and Michelle; step daughters Cara Corbett (Roger Bachmann) of Beach Meadows and Aimee Corbett (Paul Aucoin) of Halifax; his sons BJ (Krista) of St. John’s NL; Dan of Halifax; his step grandson Aden Bachmann; his brothers George (Georgie) of Amherstview, ON and Andrew (Lil) of Beach Meadows.
He was predeceased by brothers Edward, Reginald and David.
Cremation has taken place under the direction of Chandlers’ Funeral Home, Liverpool. A private graveside memorial service will be held at a later date in Brooklyn Community Cemetery, Highway #3, Brooklyn. Lay Minister Peter Anthony officiating. No flowers by request, donations may be made to a charity of your choice. Online condolences may be made to www.chandlersfuneral.com

Offer Condolence for the family of Godfrey; John Arthur