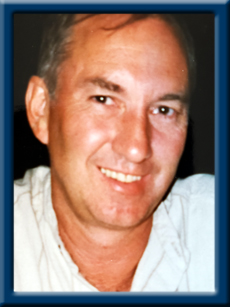 Don Giffin’s Memorial Service
Captain Donald Leigh Giffin, beloved husband, father, son, brother, grandfather, legend, awful Elvis impersonator, golfer, and all around great guy passed away on Valentine’s Day 2022.
Born April 26, 1948 in Liverpool, Nova Scotia, his childhood home was in Sable River where his maternal grandparents Claud and Lottie (Guest) Pierce and paternal grandparents Robie and Florence (Trefry) Giffin resided. Predeceased by mother Marjorie Iverna (Pierce), father Robie Churchill Giffin, brothers Pierce and Paul.
Survived by beloved wife of 52 year, Maureen Dorothea (Mitchell); lovingly remembered by daughter Lianne, son Christopher (Meaghan), sisters Linda (Paul) Swansburg, Mary (David) Oickle, Susan (Terry) Wolfe, grandchildren Chase and Georgia, and legions of nieces, nephews, cousins, friends, fans and admirers.
Proud and decorated member of the Canadian Air Force from 1967 to 2002, Don excelled through the ranks of regular forces achieving Chief Warrant Officer. In 2000 he re-enlisted as officer, retiring as captain. He was the first Canadian Air Force Radar Technician to be invited to fly with the distinguished AWACS detachment at Tinker AFB in Midwest City, Oklahoma. Don was a veteran of both Desert Shield and Desert Storm for which he received commendations from the US Government. He also worked with NORAD and was an instructor for NATO out of Germany.
Don was a liaison for Air Cadets, coach of floor hockey, purveyor of ice cream cones, and instigator of mischief. He was an avid golfer who achieved not one but two holes-in-one, Habs fan through thick and thin, and avid tinkerer.
Memorial service to be held Friday, February 25, 2022 at 2:00 p.m. in Chandlers’ Funeral Chapel, Liverpool. Burial will at a later date. Online condolences may be made to www.chandlersfuneral.com.
In lieu of flowers donations in his memory can be made to the Canadian Cancer Society or Nova Scotia SPCA.
All those attending Don’s service are asked to bring a mask, proof of vaccination, provide contact tracing information, hand sanitize and social distance wherever possible.
Live streaming will be available on the day of Don’s service at the above link.

Offer Condolence for the family of Giffin; Donald Leigh