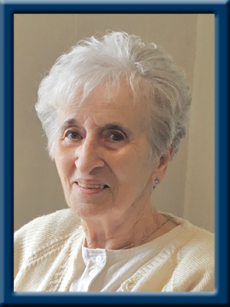 Gerrior – Lilian E, 81, formerly of Antigonish, NS, passed away peacefully on Monday, April 26th, 2021 at Queens General Hospital, Liverpool, Nova Scotia.
Born in River Bourgeois, NS, Lilian was a daughter of the late Henry and Clara (Fougere) Burke.
Lilian worked in housekeeping at the St. Martha’s Hospital until her retirement.
Lilian is survived by her daughter, Darlene Pearson of Antigonish; her sons, Howard Pearson of Brooklyn, Glen Pearson (Lori MacKeigan- Pearson), of New Glasgow; sisters Eva (Billy) Owens of St Peters, Yvonne Geraldi of Montreal, PQ, Helen Burke of Riverview, NB; brothers Raymond (Shirley) of Halifax, Martin of Canso and Albert (Marlene) of River Bourgeois.
Besides her parents, Lilian was predeceased by a sister, Dorothy Burke; brothers, Enos, Leonard and Arthur.
Cremation has taken place under the direction of Chandlers’ Funeral Service, Liverpool. Funeral service will take place at a later date. No flowers by request, donations may be made to Alzheimer’s Society of Nova Scotia. Online condolences may be made to www.chandlersfuneral.com

Offer Condolence for the family of Gerrior; Lilian Emilda