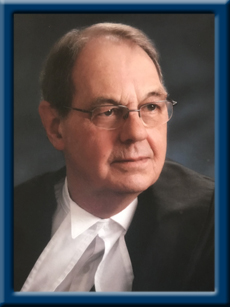 Gerald B. Freeman (Honourable Justice, L.L.B., QC) died peacefully at his home in Beach Meadows, NS on June 1, 2020. He was born June 30, 1931 in Liverpool. He obtained a B.A. from Acadia University in 1953. He pursued journalism first with the Halifax Herald and then with the Canadian Press in Newfoundland and Montreal as a means to finance his further education. He also worked with the forestry department of Bowater Mersey as a timber cruiser, a job for which he had very fond memories.
He obtained a bachelor of civil law from McGill in 1960, and a common law degree from Dalhousie a year later. He returned to Liverpool to join the firm of Jones & Milford which became Jones, Milford & Freeman, eventually to evolve into Freeman and Crawford and then to dissolve as both partners became judges. He was appointed QC in 1979. In 1988 he became a justice of the Supreme Court trial division and in 1990 a justice of the Nova Scotia Court of Appeal.
As a member of the court of appeal he was a highly respected jurist, despite his small town, country roots. He retired from the court in 2006. Justice Freeman was known for his dissenting opinions, at least three of which were endorsed by the Supreme Court of Canada. One of his dissents R.D.S. v. The Queen became the most significant case on judicial race bias in Canadian history.
Besides his legal career, Gerald was one of the founding members of Mersey Seafoods Limited, Mersey Electric Company and Able Cable. He felt truly at home on his large property in Beach Meadows and also deeply loved his special place in South Brookfield, where the Medway meets the Wildcat. Although, he was not able to use it properly in his final years due to declining health.
Gerald was the son of the late George and Helen (Wentzell) Freeman. He was predeceased by his wife of 63 years Mary Elizabeth (Veinotte) of Bridgewater, and his twin sisters Margaret Hennigar of Mahone Bay, NS and Mary Wood of Norboro, PEI. He is survived by his son James (Lana) and grandsons Callum (Krista), Rowan and Garrett all of Beach Meadows, NS.
His was a life of achievement and happiness, a life well lived to the end. He was dearly loved by his immediate family and many friends. Special thanks to caretakers, Maria, Mary, Melissa and Susan. Along with the others who made his last months of home care very comfortable.
Cremation has taken place under the direction of Chandlers’ Funeral Home, Liverpool At Gerald’s request there will be no funeral service. No flowers, donations may be made to a charity of your choice. Online condolences may be made to www.chandlersfuneral.com

Offer Condolence for the family of Gerald B. Freeman (Honourable Justice, L.L.B., QC)