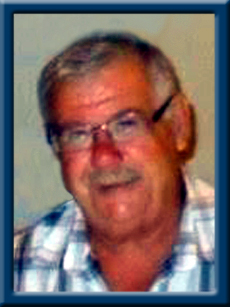 GAUTHIER – Jean Paul, 69, also known as “JP”, formerly of Montreal, now residing in Nova Scotia, passed away peacefully at home on Friday, April 24, 2020 surrounded by his wife and daughter after a very short battle with cancer.
Born in Montreal, Jean Paul was a son of the late Jacques and Christina (Campbell) Gauthier.
Jean Paul was an active member of the Canadian Cadet program for 30 years. He retired as a Captain working directly with the cadet corps and continued to volunteer on the cadet committee in Liverpool. He was also an active member with Mersey Branch #38, Royal Canadian Legion, Liverpool and an active supporter of the Dog Guides of Canada. Before his passing, Jean Paul was able to check off an item on his bucket list. He was able to swim with dolphins in the ocean while on a sibling retreat in Cuba with his sister Linda.
Jean Paul leaves behind his wife Barbara (Baker), his son Michael Gauthier, his daughter Deana (Robert) Buller as well as a daughter in law and his grandchildren A. Gauthier, Ryleigh-Anne, Alexa, Jordyn Buller and his sister Linda Gauthier.
Jean Paul was predeceased by his brother Michael.
Cremation has taken place under the direction and care of Chandlers’ Funeral Home, Liverpool. In lieu of flowers, donations may be made to the Canadian Cancer Society or the Dog Guides of Canada in Oakville, ON. Online condolences may be made to www.chandlersfuneral.com.
Jean Paul’s family would like to thank his Palliative Care team and the VON nurses for their extra care and compassion during this difficult process. These teams went above and beyond all expectations to care for him and his family during this emotional and unpredictable time.

Offer Condolence for the family of Gauthier; Jean Paul