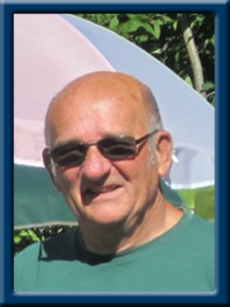 Born in Sandy Cove, Queens County, he was a son of the late Sydney and Ruth (Oickle) Gardner.

Richard served five years overseas in Germany as a peacekeeper with the Canadian Armed Forces in his younger years. After returning home, Richard was then employed for 36 years with Proctor and Gamble in Toronto. Retiring in 2000, Richard moved back home to Nova Scotia with Patsy. Richard loved playing sports, especially golf, curling and bowling, which he excelled at. He and Patsy enjoyed traveling throughout North America in their RV and they also took many trips to Trinidad over the years to visit with Patsy’s family, it was there that Richard was most at ease. He will be greatly missed by his family and close friends.

He was predeceased by brothers, Douglas and David.

Cremation has taken place under the direction of Chandlers’ Funeral Home, Liverpool. A private graveside service will be held at a later date in Trinity Anglican Cemetery, Bog Road, Liverpool. Reverend Judy Cross officiating. No flowers. Donations may be made to the Diabetes Association of Canada. Online condolences may be made to www.chandlersfuneral.com

Offer Condolence for the family of Gardner; Sydney “Richard”