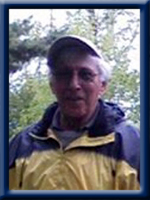 GALLANT – S. Peter, 84, formerly of Milton, Queens County, passed away peacefully in Soldier’s Memorial Hospital, Middleton on Tuesday, May 5, 2015.
Born in St. Georges, PEI, he was a son of the late Rudolph and Jeannette (Delorey) Gallant.
Peter was an employee for 41 years with Bowater Mersey Paper company retiring as Boss Machine Tender. He enjoyed camping, square dancing, wood working and Cape Breton fiddle music.
He is survived by his sons Thomas (Judith) of Saint John, NB, Joseph (Katrina Emino) of New Germany, grandchildren Elizabeth Ball (Pierre Bellec), Peter Ball, Chyloe Gallant, Matthew Gallant (Alisha Seeley), Morgan Gallant (Jordan Maxwell),Tia Sperry, great-grandchildren Louis Bellec, Edouard Bellec, Kolby Seeley, Jayce Seeley-Gallant, sister Mary (Fred) LeBlanc of Pictou and brother Winston of Pictou.
He was predeceased by his wife Margaret (Leaman), son Peter, sister Laura Stewart, brothers Gerald, Joseph and Charles.
Cremation has taken place under the direction of Chandlers’ funeral home, Liverpool. Visitation will be Sunday, May 10, 2015 from 7 until 9 p.m. and funeral service will be Monday, May 11, 2015 at 11:00 a.m. both in Chandlers’ Funeral Chapel, Liverpool. Father Keith Billard officiating. Burial will be in St. Gregory’s Catholic Cemetery, College Street, Liverpool. Family flowers only, donations may be made to Alzheimer Society of Nova Scotia, the IWK or to a charity of choice. Online condolences may be made to www.chandlersfuneral.com

Offer Condolence for the family of Gallant; Simon Peter