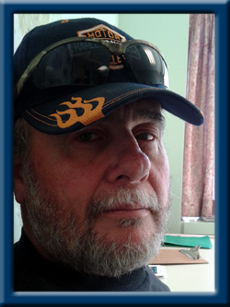 FREEMAN – Frederick George, 60, of Labelle, NS passed away on May 29, 2020 at home.
Born in Liverpool, Fred was a son of the late George and Elizabeth (Joudrey) Freeman.
Fred spent most of his working life at sea. He started fishing with Riverport Seafoods at the age of 20 as a deckhand. And then went on to National Sea Products. At the end of his fishing career, Fred was captain on a lobster boat, Eagle 3, from Mimeji Seafood in Liverpool, NS. Fred also fished for tuna and snow crab. Fred’s greatest loves in his life were his children. He enjoyed hunting and fishing. One of Fred’s saddest times in his life was the loss of his brother, Dale at the age of 42, as they were only 11 months apart. Fred loved to tell stories and could remember the smallest of details. Fred will be greatly missed by his partner Denise.
Besides, his partner and companion, Denise McAnally, Fred is survived by his children Tara Freeman (Donovan Savory) of Springfield, NS; his son Tyler of Pentz. His grandson Isaac Savory. His step son Andrew Henley (Marissa Mansfield) of Alberta. His step granddaughters Gabrielle Henley and Miranda Henley. His sister Chantelle (Rick) Gallant of Pleasant River and his brother Nick (Wanda) of Bangs Falls. Nieces and nephews Jared, Courtney, Michael, Keith, Adrian, Brittney, Kelsey and three great nephews. Fred will also be missed by special people in his life; The Orman family, his best friend Bobby (Brenda) Toope and Larry Whynot Sr.
Besides his parents, Fred was predeceased by his brother Dale.
Cremation has taken place under the direction of Chandlers’ Funeral Home, Liverpool. Due to the ongoing COVID-19 restrictions, funeral service will be held at a later date. No flowers by request, donations may be made to a charity of your choice. Online condolences may be made to www.chandlersfuneral.com.
Special thanks to everyone who has helped to support Fred through his time of need, the community support in Greenfield, Dr. Burrill, Palliative Care, VON and homecare.

Offer Condolence for the family of Freeman; Frederick George