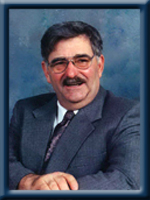 Freeman – Donald Wilfred “Papa”, age 83, of Caledonia, Queens County, formerly of South Brookfield, Queens County.
It is with heavy hearts that we announce the passing of our dear father on January 22nd, 2016, at North Queens Nursing Home, Caledonia with his family by his side.
Born in South Brookfield, he was the only son of the late Max and Dorothy (Shupe) Freeman.
Donald started out with numerous truck driving jobs before heading off to Hamilton, ON. staying around two years before heading home to Nova Scotia with his love, Emma. Once home, he purchased his own trucks and resumed truck driving including driving an oil delivery truck for N.F. Douglas. In 1980, Donald purchased his own farm tractor for woods work which turned out to be the best job he had; working for himself.
He is survived by his children Linda (George) Parent, of Iroquois Falls, ON., Donald (Lisa), of Bridgewater, Ronald (Michelle), of Bridgewater, Sandra (Joey) Nass, of South Brookfield, David (Marsha), of South Brookfield; many grandchildren, great-grandchildren and great-great-grandchildren.
He was predeceased by his loving wife Emma (Sibbley) and his infant sister Irene Elizabeth.
Cremation has taken place under the direction of Chandlers’ Funeral Home, Liverpool. A Celebration of Donald’s Life will be held on Thursday, January 28, 2016, at 2:00 p.m. from the South Brookfield United Baptist Church. Reverend Vic Adams officiating. Reception to follow in North Brookfield Community Hall. Interment will be at a later date. Family flowers only. Donations may be made to the North Queens Nursing Home, Lake Road Project; South Brookfield Union Cemetery Fund or to a charity of your choice. Online condolences may be made to the family at www.chandlersfuneral.com. The family wish to extend their sincere thanks to the staff for the excellent care given to Donald while a resident of North Queens Nursing Home.

Offer Condolence for the family of Freeman; Donald Wilfred