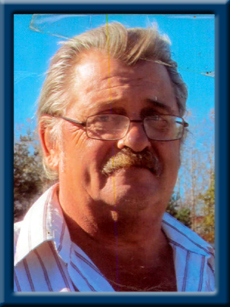 FREDERICKS – Wayne D., 68, of Liverpool, Queens County, passed away peacefully in Queens General Hospital on Sunday, September 19, 2021.
Born in Liverpool, Wayne was a son of the late James and Dorothy (Oickle) Fredericks.
Wayne worked for Mersey Seafoods for 32 years retiring in 2000. In his early years, Wayne enjoyed running a small hobby farm. He enjoyed spending time with his family especially his grandchildren and great grandchildren.
Wayne is survived by his wife of 43 years, Evelyn (Rolfe) and his children; daughter Angie and sons Billy and Dougie, all of Liverpool. His grandchildren Tonya, Ryan, Shayla and Keighlie and his five great grandchildren.
Cremation has taken place under the direction of Chandlers’ Funeral Home, Liverpool. At Wayne’s request, there will be no funeral service. No flowers, donations to a charity of your choice. Online condolences may be made to www.chandlersfuneral.com

Offer Condolence for the family of Fredericks; Wayne Douglas