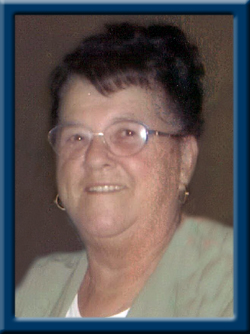 FREDERICKS – Dorothy E., 84, of Liverpool, passed away peacefully in Queens General Hospital, Liverpool on Saturday, February 27, 2016.
Born in Liverpool, she was a daughter of the late Lawrence and Bessie (Oickle) Jollimore.
Dorothy was a former employee of K&W Bookbinding and worked in housekeeping at Queens General Hospital.
She is survived by her companion John “Jack” Macumber, her son Wayne (Evelyn) of Liverpool, 3 grandchildren, 2 great grandchildren and 1 great great grandchild, sisters Ethel Wamboldt of Chezzetcook and Jessie Schrader of Liverpool.
She was predeceased by her husband James, sisters Gladys Jollimore and Betty Sperry, brothers William, Herbert and Alex.
Cremation has taken place under the direction of Chandlers’ Funeral Home, Liverpool where visitation will be held Tuesday, March 1, 2016 from 7 until 9 p.m. and funeral service will be held Wednesday, March 2, 2016 at 2:00 p.m. Reverend Bonnie Baird officiating . Reception to follow. Burial will be in Trinity Anglican Cemetery, Liverpool. Family flowers only, donations may be made to a charity of your choice. Online condolences may be made to www.chandlersfuneral.com

Offer Condolence for the family of Fredericks; Dorothy Evelyn