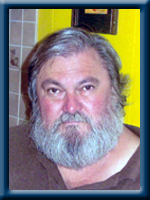 FRANCIS – Steven J., 66, of Moose Harbour, Queens County, passed away at home on Sunday, September 14, 2014 surrounded by his family.
Born in Milton, he was a son of the late Peter and Alma (Conrad) Francis.
Steven worked in the woods as a logging contractor for Bowater Mersey Paper Company. He was a member of the Cattlemen’s Association and enjoyed hunting and fishing. Although not trained as a butcher, Steve prepared cuts of meat for family and friends from moose, deer and caribou to pigs, chickens and beef.
He is survived by his wife Doris (Hatt), his daughters Lindsey, at home, Stephanie (David) Oickle of Simpson’s Corner, Wanda (Earl) Westhaver of Milton, his son Joshua at home, six grandchildren and 9 great grandchildren, his sisters Helena Keans (Walter Bond) of Liverpool, Joan (Ed) Labrador of Greenfield, Angela Francis of Liverpool, Judy Boutilier of Port Medway, Marilyn (William) Bauman of ON., Debra Wentzell of Milton, his brothers Michael (Karen) of Milton and Barry (Bonnie) of Greenfield.
He was predeceased by his sister Barbara Whynot, a sister in infancy and his brother Edward.
Cremation has taken place under the direction of Chandlers’ Funeral Home, Liverpool. At Steven’s request, there will be no funeral service. No flowers by request, donations may be made to the Canadian Cancer Society. Online condolences may be made to www.chandlersfuneral.com

Offer Condolence for the family of Francis; Steven Joseph