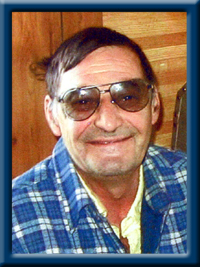 FRANCIS – Peter “Michael”, 75, of Milton, Queens County, passed away peacefully in Queens General Hospital, Liverpool on August 13, 2021.
Born in Milton Mike was a son of the late Peter Joseph and Alma Mae (Conrad) Francis.
Mike worked at Bowater Mersey Paper Company Limited until his retirement in 2008. He enjoyed going to Tim Horton’s and his drives. In his earlier years, Mike enjoyed hunting and fishing.
Mike is survived by his wife of 49 years, Karen (Mooers); his grandson Michael Francis; his sisters Helena Keans (Walter Bond) , Joan (Ed) Labrador, Judy (Dave) Dobson and Angela Francis, all of Liverpool and Marilyn (Willard) Bauman, of Elmira, ON. His brother Barry (Bonnie) of Greenfield.
Besides his parents, Mike was predeceased by his son Eugene “Geno”, sisters Shirley in infancy, Barbara Mooers, Debra Wentzell and his brothers Edward and Steve.
Cremation has taken place under the direction of Chandlers’ Funeral home, Liverpool, NS. A memorial service will be held Wednesday, August 25, 2021 at 10:30 a.m. in Chandlers’ Funeral Chapel, Liverpool. Father James O’Connor officiating. Burial will be in St. Gregory’s Catholic Cemetery, College Street, Liverpool. No flowers, donations may be made to a charity of your choice. Online condolences may be made to www.chandlersfuneral.com.

Offer Condolence for the family of Francis; Peter “Michael”