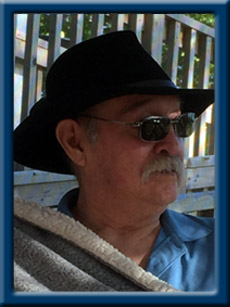 FRANCIS – Gregory C., 71, of Indian Gardens, passed away peacefully at home on Monday, December 16, 2019.
Born in Milton, Greg was a son of the late John and Elizabeth (Paul) Francis.
Greg was a fisherman with Kespuwick Resources Inc. with Acadia First Nation. He was an avid outdoorsman, enjoying hunting and fishing as well as spending time with his family. He was an avid believer and supporter of his native Mi’kmaw culture and rights.
Greg is survived by the love of his life Norma “O’Reilly” Brown; the mother of his children Joan (Keith) Christmas of Membertou; his children Karina Matthews, Nicole Francis (Sean Ginnish), Claire (Bill) Meuse, Raylene (Jack) Sylliboy, Grace Francis, Candace Denny all of Membertou, Tarek Chekambo of Fort McMurray, AB., Christina Brown, Kara Brown, Victoria Brown (CJ), all of Edmonton, AB., Theresa Brown of Yarmouth. His god children Leon Paul, Vanessa Marshall, Jessica Christmas, all of Membertou, Grace Conrad of Milton. 24 grandchildren and 6 great grandchildren His sisters Bernadette Graham of Bedford, Theresa (Burt) Starnio of Chateauguay, PQ., Grace Francis and Delores Rhyno, both of Wildcat Reserve, South Brookfield. His brothers John (Janice) of Milton, Daniel of Ponhook Reserve, Stuart (Bonnie) of Vernon, BC and Melbourne (Rachael Falls) of Greenville.
Besides his parents, he was predeceased by 6 grandchildren in infancy, sister Mary Jane Francis and brother William.
Visitation will take place at the family home, 2534 Old Garden Road, Indian Gardens on Thursday, December 19, 2019 and Friday, December 20, 2019 until 4:00 p.m. Cremation will follow. In lieu of flowers, donations may be made to the Heart and Stroke Foundation. Online condolences may be made to www.chandlersfuneral.com
“Respect your fellow human being, treat them fairly, disagree with them honestly.”

Offer Condolence for the family of Francis; Gregory Christopher