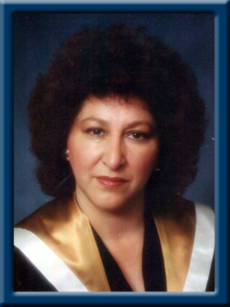 FRANCIS – Grace Elizabeth, 72, of Wildcat Community, South Brookfield, Queens County, passed away peacefully in South Shore Regional Hospital, Bridgewater on Thursday, September 8, 2022.
Born in Milton, Grace was a daughter of the late John and Elizabeth (Paul) Francis.
Grace was a devoted catholic and a member of St. Jerome’s Catholic Church, West Caledonia and St. Gregory’s Catholic Church, Liverpool. She enjoyed doing her crafts and worked for Native Women Association; her passion was to help her own people. She also worked in the prison system as a social worker. Grace enjoyed her trips to Las Vegas as well as spending time with her late sister Dolores.
Grace is survived by her son Wendell Snyder; Her sisters Bernadette Francis of Halifax, Theresa (Burt) Starnino of Quebec. Her brothers John (Janice) of Milton, Melvin (Rachel Falls) of Yarmouth, Stuart of Vernon, BC.
Besides her parents, Grace was predeceased by her sister Dolores Rhyno and infant sister Mary Jane, her brothers Greg and Danny and an infant brother William John.
Cremation has taken place under the direction of Chandlers’ Funeral Home, Liverpool. A graveside memorial service will be held Thursday, September 15, 2022 at 2:00 p.m. in St. Jerome’s Catholic Cemetery, West Caledonia. No flowers by request, donations may be made to a charity of your choice. Online condolences may be made to www.chandlersfuneral.com.

Offer Condolence for the family of Francis; Grace Elizabeth