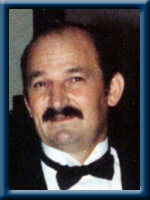 FRANCIS – Edward Wayne,  69, of Milton, Queens County, passed away peacefully at home with his family by his side on Thursday, March 20, 2014.

Born in Milton, he was a son of the late  Peter and Alma (Conrad) Francis.

Edward was a former employee with Bowater Mersey Paper Company for over 25 years and retired as a TMP operator. He was a woodsman and lobster fisherman as well as a mechanic. He enjoyed hunting and fishing and loved music. He will be fondly remembered as the “dog whisperer” by his family.

He was predeceased by sisters Shirley Francis and Barbara Whynot.

Cremation has taken place under the direction of Chandlers’ Funeral Home, Liverpool. At Edward’s request, there will be no funeral service. No flowers by request, donations may be made to Victorian Order of Nurses, Queens County Branch. Online condolences may be made to www.chandlersfuneral.com

Offer Condolence for the family of Francis; Edward Wayne