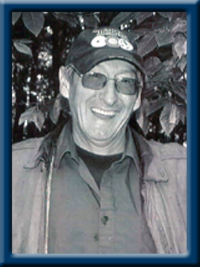 Born in Liverpool, he was a son of the late John and Elizabeth (Paul) Francis.

Danny was a jack of all trades and a master of many. There wasn’t too much he couldn’t do if he put his mind to it. He loved fishing, hunting and trapping. In his younger years, Danny worked for the Mosher and Rawding Construction Company and helped build the power dams on the Mersey River. Danny was very proud of his Native Heritage and was once featured in a documentary about eeling. He had a great sense of humor and a warm loving heart. He will be greatly missed by his family and many close friends.

Cremation has taken place under the direction of Chandlers’ Funeral Service, Liverpool. A private family service will take place at a later date. Donation in Danny’s memory may be made to the Canadian Cancer Society. To share memories or condolences, please visit www.chandlersfuneral.com

The family would like to give a special thank you to Dr. Sarah Cosh and the staff at Queens General Hospital for their special care and kindness.

Offer Condolence for the family of Francis; Daniel Xavier