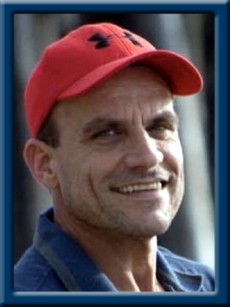 It is with profound sadness that the family of Todd David Fralic, 48, of Western Head, Queens County, announce his passing on August 8, 2021 at sea.
Born in Liverpool, Todd was a son of David and Jenny (Rhodenizer) Fralic of Brooklyn.
Todd graduated from Liverpool Regional High School in 1991 and attended Kingstec where he graduated in 1994 with a certificate in Millwright. He worked for Mersey Seafoods for 23 years starting as a deckhand and moving his way to become factory boss. Todd enjoyed a good game of golf and playing crib aboard the Venture. When he was home, Todd enjoyed doing yardwork and, especially at Christmas, when he couldn’t wait to hang as many lights as possible. He also enjoyed shoveling snow!
Besides his parents, Todd is survived by his soulmate Carolyn MacLeod; his daughter Makayla (Mike Berringer) of West Dover; his cherished sister Tammy Fralic (Brian Winters) of Brooklyn and a proud uncle to Ashton (Savannah Cudmore). Todd is also survived by his Mersey family; the crew of the Mersey Venture and the Mersey Phoenix were his extended family of brothers.
Todd was predeceased by his maternal grandparents George and Kathleen (Hooker) Rhodenizer and paternal grandparents Gifford and Winnifred (Jordan) Fralic.
Cremation has taken place under the direction of Chandlers’ Funeral Home, Liverpool, NS. Visitation will be Monday, August 30, 2021 from 6:00 until 8:00 p.m. and a celebration of Todd’s life will be held Tuesday, August 31, 2021 at 11:00 a.m., both in Chandlers’ Funeral Chapel, Liverpool, NS. No flowers by request, donations may be made to Queens General Hospital Foundation, Queens Universally Designed Play Park or to Deep Brook Waldec Loins Club Branch (re: Shaylee Morehouse – Cerebral Palsy Foundation)

Offer Condolence for the family of Fralic; Todd David