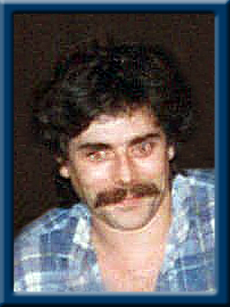 FRALIC – Stephen Aubrey, 59, of Liverpool, passed away peacefully in Queens General Hospital, on Friday, April 6, 2018 with his dad and step mother by his side.
Born August 23, 1958 in Halifax, he was a son of Aubrey and Shirley (Zwicker) Fralic and step son of Carol Ann Fralic.
Stephen was an employee with Irving working in the lumber mills of Sussex, NB and with Strescon Ltd. Bedford for 38 years retiring in 2017 due to ill health.
He is survived by his sons Shane of Hampton, NB; Justin of Saint John, NB; granddaughter Brooklyn and grandson Shane. Half sisters Lisa and Bethany of New Brunswick; half brothers David of Hamilton, ON. and Duane of Cold Lake, AB. as well as several nieces and nephews. He is also survived by the mother of his children Cathy (Huskins).
Stephen was predeceased by his aunt Rosemary (Fralic) Decker and his paternal grandparents Harry and Elsie Fralic.
A private graveside service will be held in Seaside Cemetery, Brooklyn at a later date. No flowers by request. Donations may be made in Stephen’s memory to Queens General Hospital Foundation. Online condolences may be made to www.chandlersfuneral.com. The family wish to thank Dr. Mogan and the nursing staff at Queens General Hospital for their compassionate care.

Offer Condolence for the family of Fralic; Stephen Aubrey