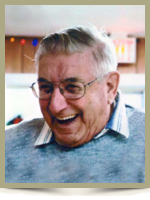 Born in Beach Meadows, he was a son of the late Andrew and Maude (Pye) Fralic.

Lee spent many years at sea, first as a Merchant Marine before spending over 30 years on the Gypsum Boats. He later went to work at Michelin Tire where he worked up until his retirement. Lee enjoyed playing cards, fishing and hunting. He was a member of the Royal Canadian Legion, Branch #38, Liverpool.

A Celebration of Lee’s Life will be held on Wednesday, September 25th, at 11:00 a.m., followed by a reception, all from Chandlers’ Funeral Home, Liverpool. Family flowers only. Donations may be made to the Canadian Cancer Society or to the Nova Scotia Heart and Stroke Foundation. Online condolences may be made to the family at www.chandlersfuneral.com

Offer Condolence for the family of Fralic; Lee Howard