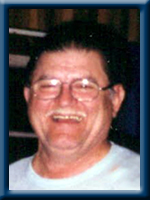 Born in Liverpool, he was a son of the late Joseph and Dorothy (Rafuse) Fralic.

Dennis worked for the former Red and White Store in Liverpool and then moved on to the Eastern Home and Auto Store, the Canadian Tire Store, eventually working for Mersey Seafoods for thirty years retiring in 2009. He was an honourary firefighter with the Liverpool Fire Fighters Association, a member of the Trinity Anglican Church and served as a sidesperson / greeter for many years. He was a member of the Hollow Log Gun Club and had a love for animals especially his sheltie “Scottie”.

He is survived by his wife Louise (Whynot), his sister Rosilee (Gerald) Grimshaw of Langley, BC, his brothers Ralph and Freddy (Marilyn), both of Windsor, ON, Terry (Karen) of Brampton, ON.

He was predeceased by his sisters Deanne Wilson and Wendy Fralic and his brother Ricky.

Visitation will be Saturday, April 26, 2014 from 7 until 9 p.m. in Chandlers’ Funeral Chapel, Liverpool. Funeral service will be Sunday, April 27, 2014 at 2:00 p.m. in Trinity Anglican Church, Liverpool, Reverends Judy Cross and Shona Boardman officiating. Burial will be in Trinity Anglican Cemetery, Liverpool. Family flowers only, donations may be made to the Queens County Branch of the S.P.C.A. or the Kidney Foundation. Online condolences may be made to www.chandlersfuneral.com

Offer Condolence for the family of Fralic; Dennis Eugene