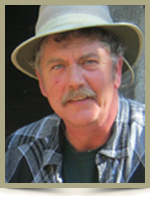 Born in Westfield, he was a son of Calvin, and the late Peggy Sadie (Frail) Frail.

Craig was an avid woodsman exploring, hunting, trapping and fishing throughout Queens County. His love of the woodlands led to his 35 year career with Department of Natural Resources. He enjoyed spending time with his “Rolling Home Buddies” in their “mancave on wheels” as well with his family and many other friends. He also enjoyed traveling, building many items for his grandchildren and teaching them carpentry skills. He and Vicki were well known throughout Nova Scotia for their many pig roasts over the last decade.

Cremation has taken place under the direction of Chandlers’ Funeral Home, Liverpool. A celebration of Craig’s life will be held on Saturday, January 10, 2015 at 2:00 p.m., from Westfield United Baptist Church. Reverend Vic Adams officiating. Family flowers only. Donations may be made to the Queens County Fish and Game Association or to a charity of your choice. Online condolences may be made to www.chandlersfuneral.com

Offer Condolence for the family of Frail; Craig Steven