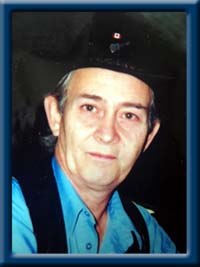 FOSTER – Edward A. “Eddie”, 66, of Liverpool, passed away peacefully in Queens General Hospital, Liverpool on July 8, 2015 surrounded by his loving family.
Born in Liverpool, he was a son of the late Arthur and Madeline (Whynot) Foster.
Eddie worked as a fish processor in Lockeport at the local fish plant for a number of years. He also did Traffic Control and worked for Huskilson’s Funeral Home in Shelburne preparing grave sites. His second biggest love besides his family, especially his grandchildren, was music and he enjoyed playing guitar with Dave Burbine and others at local variety concerts and gatherings. He will be fondly remembered for his musical talent.
He is survived by his wife Sandra (Conrad), his daughters Jacqueline and Jennifer, his sons John (Naomi) of Chester, Jason (Charlena) of Liverpool and Joseph (Courtney) of White Point as well as a number of grandchildren and great grandchildren and his brothers Allen (Irene) of Lockeport and Donnie (Susan) of Sable River.
He was predeceased by his brother George.
Cremation has taken place under the direction of Chandlers’ Funeral Home, Liverpool. Visitation will be Sunday, July 12, 2015 from 7 until 9 p.m. in Chandlers’ Funeral Chapel, Liverpool. No flowers by request, donations may be made to the family. Online condolences may be made to www.chandlersfuneral.com

Offer Condolence for the family of Foster; Edward Arthur “Eddie”