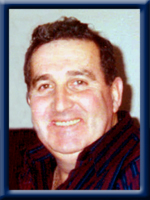 Born in Milton, he was a son of the late L. Frank and Jean (Hazlett) Foley.

Donald was a former papermaker for Bowater Mersey Paper Company retiring in 1997. He loved to hunt and fish, was an avid 4-wheeler and enjoyed spending time with his grandchildren.

He is survived by his wife Patricia “Patsy” (Weagle); his sons Leslie (Myra) of Lafayette, LA. Darren (Amy) and Corey (Marina), both of Milton. Grandchildren  Kody, Tye and Seth. His brother David (Juanita Jones) of Brooklyn.

He was predeceased by his infant sister Judy, his brothers Robert, Reginald, Gary and infant brother James.

Visitation will be Friday, October 11, 2013 from 7 until 9 p.m. and funeral service will be Saturday, October 12, 2013 at 2:00 p.m. both in Chandlers’ Funeral Chapel, Liverpool. Pastor Fred Carr officiating. Burial will be in Milton Community Cemetery. Family flowers only, donations may be made to the Liverpool Fire Fighters Association. Online condolences may be made to www.chandlersfuneral.com

Offer Condolence for the family of Foley; Donald Leslie