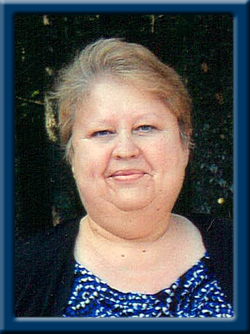 FOLEY – Anna Marie, 59, of West Caledonia, Queens County, passed away peacefully in Queens General Hospital, Liverpool on Sunday, July 24, 2016 surrounded by her family.
Born in Caledonia, she was a daughter of Frances (Mansfield) Fancy of Westfield and the late Avery Fancy.
Anna worked for her father Avery at the Fancy Irving in Caledonia in her younger years then became a PCW and worked at North Queens Nursing Hone and Meadowbrook Manor for a number of years. She enjoyed working on the farm with cattle and was known by her family as an able truck driver even when there were no brakes. She loved to read and sing and was a former organist for St. Jerome’s Catholic Church where she was a member. Anna loved her pets and nature; listening to the birds, the wind in the trees and the animals such as deer and the occasional bear. She was most proud of her children.
Surviving besides her mother are her husband John; her daughter Rebecca at home and her son Michael (Emily) of Inglisville. Her sisters Edith (Kevin) Mansfield of Westfield and Carolyn (Rodney) Crouse of North Brookfield. Her brother Rodney (Wilma) of Pleasant River.
Visitation will be Thursday, July 28, 2016 from 7:00 until 9:00 p.m. in Chandlers’ Funeral Home, Liverpool. Funeral service will be Friday, July 29, 2016 at 11:00 a.m. in St. Jerome’s Catholic Church, West Caledonia. Father Jack Farrell officiating. Burial will be in St. Jerome’s Catholic Cemetery, West Caledonia. In lieu of flowers, donations may be made to St. Jerome’s Catholic Church or to the North Queens Fire Association. Online condolences may be made to www.chandlersfuneral.com

Offer Condolence for the family of Foley; Anna Marie