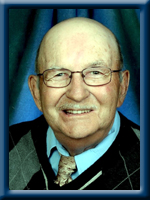 Born in Sandy Cove, he was a son of the late Frederick and Bashiba (Snow) Flemming.

Robert was a driver for the former South Shore Trucking until he went to Bowater Mersey Paper Company retiring from the finishing department. He enjoyed hunting and was a member of the Liverpool United Baptist Church.

He was predeceased by his sisters Mildred Ferguson and Dorothy Hirtle

Offer Condolence for the family of Flemming; Robert Harold