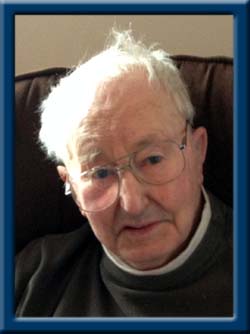 FISHER – Lester Lawrence, 78, of Surf Lodge, Lockeport, formerly of Port Mouton, Queens County, passed away peacefully in Roseway Hospital, Shelburne on Tuesday, September 22, 2015.
Born in Southwest Port Mouton, he was a son of the late Sylvester and Marjorie (Theriau) Fisher.
Lester was a successful fisherman all his life. He loved music, especially country and Newfoundland music and he loved to dance. He and his late wife Muriel enjoyed variety shows and travelling. He also enjoyed socializing on the wharf with the other fishermen.
He is survived by stepdaughters Annette (Randy) Whynot of Bridgewater and Lillian (Borden) Colp of Beach Meadows; stepson James Leslie of Kamloops, BC seven step grandchildren and seven step great-grandchildren.
He was predeceased by his wife Muriel (Bowers); aunt and uncle Katie and Cecil Burgess and cousin Malcolm Burgess.
Visitation will be Friday, September 25, 2015 from 10:00 until 11:00 a.m. and funeral service will be 11:00 a.m., both in Chandlers’ Funeral Chapel, Liverpool. Burial will be in Southwest Port Mouton Community Cemetery. Family flowers only, donations may be made to S.H.A.I.D. Animal Shelter or to a charity of your choice. Online condolences may be made to www.chandlersfuneral.com

Offer Condolence for the family of Fisher; Lester Lawrence