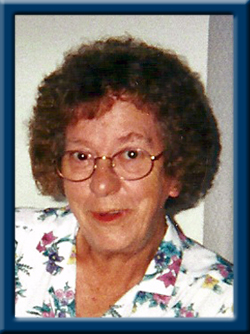 FISHER – Barbara M., 78, of Port Mouton, Queens County, passed away peacefully in Queens General Hospital, Liverpool on Sunday, August 30, 2015.
Born in Port Joli, she was a daughter of the late Percy and Willamina (Smith) Roy.
Barbara was a cook for Windsor Woods for several years and worked at the Diary Treat for 6 years as well as owning a canteen for 8 years. Following this, she worked for C.W. MacLeod for 10 years.
She is survived by her sons Neil of Port l’Hebert and Roderick of Port Mouton. Her grandchildren Eunice, Amber, Jeremy and Bradley and her great grandchildren Samantha, Darcy, Zachary and Jordan. Her sisters Shirley Burgess and Syvilla (Milton) Burgess, both of Southwest Port mouton and her brother Jordan of Lunenburg.
She was predeceased by her sisters Ruth in infancy, Evangeline Roy and Blanche Bowers and her infant brother Percy.
Cremation has taken place under the direction of Chandlers’ Funeral Home, Liverpool. There will be no visitation. A private family graveside memorial will be held at a later date. No flowers, donations may be made to the Canadian Cancer Society. Online condolences may be made to www.chandlersfuneral.com

Offer Condolence for the family of Fisher; Barbara Mildred