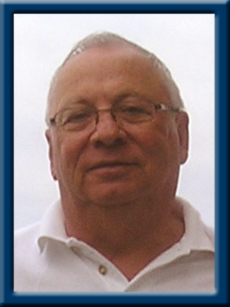 FERGUSON – Charles Cecil, 84, of Liverpool, passed away peacefully in Queens General Hospital on Tuesday, September 4, 2018.
Born in Hebron, NS, Charlie was a son of the late John and Gertrude Ferguson.
Charlie worked for the former Bowater Mersey Paper Company Limited for over thirty five years in the finishing department. He was a former member of the local Kinsmen Club, former member of the Liverpool Fire Fighters Association, the Liverpool Golf and Country Club and the Liverpool Curling Club, a former board member for Queens County Family and Children Services as well as being a founding member of the Queens County Minor Hockey Association and a former member of the Queens County Minor Baseball Association.
He is survived by his sons Peter (Susan) of London, ON and Michael (Heather) of Milton. His grandchildren Ryan Ferguson and Lindsay Ferguson (Brandon Cook). His sister Trudy McMahon of Summerside, PEI.
Charlie was predeceased by his first wife Mary (Boyd), his second wife Marie (D’Eon)(Mouzar), his son David, his sister Elizabeth “Tish” Nugent and his brother Fuller.
Cremation has taken place under the direction of Chandlers’ Funeral home, Liverpool. Visitation will be held Sunday, September 9, 2018 from 7:00 until 9:00 p.m. in Chandlers’ Funeral Chapel. Funeral mass will be held on Monday, September 10, 2018 at 11:00 a.m. from St. Gregory’s Catholic Church, Liverpool. Father Charles Offor officiating. Burial will be in St. Gregory’s Catholic Cemetery, College Street, Liverpool. Family flowers only, donations may be made to a charity of your choice. Online condolences may be made to www.chandlersfuneral.com.

Offer Condolence for the family of Ferguson; Charles Cecil