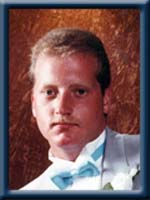 Born in Liverpool, he was the son of Maurice “Eugene” Farquhar and the late Geraldine (Smith) Farquhar.

Darren was most passionate about his daughter Mariah and was happiest when spending time with her. He was an outdoorsman and was fittingly employed by The Municipality of Lunenburg as a heavy equipment operator for the last 11 years. In his earlier years he was employed by The Department of Natural Resources and was also the owner / operator of his own logging business. Darren had a special spot in his heart for the family hunting camp although there was never much hunting done. He was a former member of the Liverpool Fire Department.

He was predeceased by a brother, Stephen.

The Family will receive friends from 7:00 – 9:00 p.m., on Thursday, November 5th, 2015, at Chandlers’ Funeral Home, Liverpool. A Funeral Service will be held on Friday, November 6th, 2015, at 2:00 p.m., from Trinity Anglican Church, Liverpool, followed by a reception. Reverend Judy Cross officiating. Burial will be in St. James Anglican Cemetery, Hunts Point. Family flowers only. Donations may be made to the Queens General Hospital Foundation. To share memories or condolences, please visit www.chandlersfuneral.com

Offer Condolence for the family of Farquhar; Darren Eugene