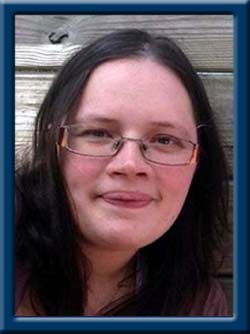 EZUTE THOMAS – Nicole Lynn, 29, of Liverpool passed away suddenly, along with her unborn child, on December 3, 2015 as a result of a motor vehicle accident.
Born in Sandy Point, Shelburne County, she was a daughter of Annie Parnell (Raymond Mansfield) of Liverpool and Stephen Foster (Sonia Smith) of Canso.
Nicole worked for many years at the Liverpool McDonald’s where her laugh and smile was welcomed by everyone whom she served. She was a volunteer at Juanita’s Children’s Centre. She will be fondly remembered as a devoted wife, mother, sister and friend along with her favourite saying “You’ve got this!”
She is survived by her husband Ayodeji “Charles”; her sons Antwan and Myles, both at home; her sisters Cheyeanna Foster (Anthony Frail) and Sheena Foster (Adam Mansfield), both of Liverpool and her brothers Stephen (Brittany) Foster and Ryan (Kimberley) Foster, both of Hunts Point; her maternal grandmother Rosie Parnell of Shelburne; a number of step siblings, aunts, uncles, nieces and nephews as well as special family friends Juanita and Lloyd Wolfe, Liverpool.
She was predeceased by her paternal grandparents George and Jessie (Holland) Foster.
Visitation will be Thursday, December 10, 2015 from 7 until 9 p.m. in Chandlers’ Funeral Home, Liverpool. Cremation to follow. A memorial service will be held at a later date. No flowers by request, donations may be made to the family. Online condolences may be made to www.chandlersfuneral.com

Offer Condolence for the family of Ezute Thomas; Nicole Lynn