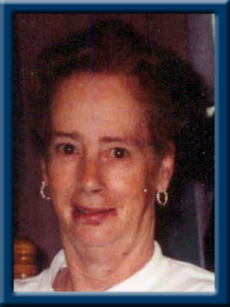 ERNST – Jane L, 77, of Brooklyn, Queens County, passed away peacefully in Queens General Hospital, Liverpool on Sunday, December 19, 2021.
Born in Liverpool, Jane was a daughter of the late Ernest and Vera (Brockhouse) Lyons.
Jane worked in the hospitality service in various local restaurants and hotel. She enjoyed the social events at the Legion and was an avid bingo player.
Jane is survived by her companion, Terry Price; her daughters June Lohnes-Davis (Alan Davis) of Summerville, Elizabeth (Arnold) Whynot of East Berlin. Her grandchildren Lucas Davis and Damon Whynot. Her sisters Mary Gemmell (Alan) of Kitchener, ON and Evangeline Lyons of Dartmouth.
Besides her parents, Jane was predeceased by her husband Lowell Ernst, her daughter Joan Selig, her sisters Janet Whynot, her half sister Thelma Thorbourne and her brother Roger Lyons.
Cremation has taken place under the direction of Chandlers’ funeral home, Liverpool where a prayer service will be held at a later date. No flowers, donations may be made to a charity of your choice. Online condolences may be made to www.chandlersfuneral.com

Offer Condolence for the family of Ernst; Jane Louise