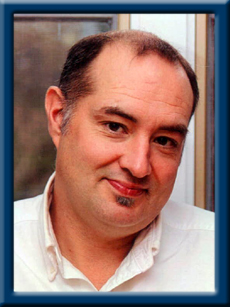 It is with great sadness that we announce the sudden passing of Kevin Charles Ellis, 47, of Dartmouth, at home of natural causes. Beloved son, brother, father, nephew, cousin and friend.
Born in Liverpool, he was the son of Sharon (Roy) Ellis and the late Norman Ellis.
Kevin worked in the hospitality industry in Nova Scotia, Alberta and British Columbia. He enjoyed music, sports and played hockey in his younger years.
Surviving are his mother Sharon (Keith), his son Justin (mother Jacqueline Scott) and brother Lee. Aunts Carla Roy (Anna), Wanda Roy (Gillian), Darlene Connolly, Elaine Lomas (Alan); Uncles Greg Roy and Darrell Roy (John). Cousins Kelly Connolly, Kim Connolly, Jane Lomas, Deb Harrison and families.
Aside from his father, he was predeceased by his maternal grandparents Frank and Marjorie Roy. Paternal grandparents Leslie and Nancy Ellis of Preston, Lanc. England. Also by his uncle, Bill Connolly.
Cremation has taken place under the direction of Chandlers’ Funeral Home, Liverpool, NS. A graveside service will take place at a later date. No flowers. Donations in Kevin’s memory can be made to a charity of choice.
Online condolences may be made to www.chandlersfuneral.com
Put a candle in the window
‘Cause I feel I’ve got to move
Though I’m going, going
I’ll be coming home soon
Long as I can see the light

Offer Condolence for the family of Ellis, Kevin Charles