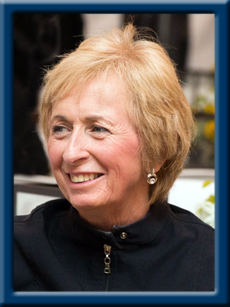 DUMEAH, Karen Virginia age 65, of White Point, passed away April 14, 2018 with her family by her side.
Karen was born in Liverpool, NS to the late Francis and Freda (Uhlman) Wolfe.
Karen graduated in 1974 from Acadia University with a Bachelor of Business Administration degree and pursued a 30-year career with the Canada Revenue Agency. She married Edward Dumeah in 1974 and they raised their daughters in Fall River, NS before retiring to White Point, NS in 2013.
Karen is fondly remembered by her family as a loving, kind and ever-present mother, always encouraging her daughters Christine and Jillian to achieve their goals. She enjoyed family gatherings, the outdoors, time at the beach, gardening, sewing, home décor projects and was a Mrs. Fix-It around the house.
Karen is survived by her husband of 44 years, Edward Dumeah of White Point; children, Christine (Christopher) Smith of Fall River, Jillian Dumeah (Shane Kochie) of Bedford; granddaughter, Sadie Smith of Fall River; siblings, Francis (Karen) Wolfe of Prince Rupert, Janice (Donald) Fisher, Joyce (Terry) Soper and Bruce Wolfe (Kelly Fisher) all of Brooklyn.
Cremation has taken place under the direction of Chandlers’ Funeral Home, Liverpool. A memorial service will be held in Chandlers’ Funeral Chapel, Liverpool on April 19, 2018 at 11:00 a.m. In lieu of flowers, donations can be made to North Queens Nursing Home or the Alzheimer Society of Nova Scotia. Online condolences may be made to the family at www.chandlersfuneral.com

Offer Condolence for the family of Dumeah; Karen Virginia