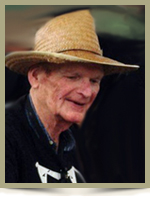 Born in Liverpool, Don was the only child of Senator Donald Smith and Florence Elizabeth (Beth) Morton Smith – both of Liverpool.

He was educated in Liverpool schools, attended Kings College and Dalhousie University (BSc) in Halifax and graduated from McGill University in Montreal with his Bachelor of Engineering. He joined Irving Oil Refinery in Saint John, NB in 1959, then joined Imperial Oil at the Dartmouth Refinery in 1974 and then their Head Office in Toronto. He moved to Fort McMurray, Alberta in 1977 and worked with the Syncrude Project during its’ first 14 years of operation, retiring at the age of 60 and returning to his home in Liverpool. Don was active in sports, enjoying basketball, hockey and rugby at high school and university level. As an adult Don enjoyed curling and golf and watching baseball. He became an avid bird hunter in Alberta and was known to his companions as “Hunter” Smith. Don was in the Liverpool High School Marching Cadet Band and started playing again in retirement with great enjoyment in the Bridgewater Fire Department Band, the Bowater Mersey Band and the Mahone Bay Legion Swing Band. He loved spending time with family and friends and will be missed.

Cremation has taken place under the direction of Chandlers’ Funeral Home, Liverpool, where visitation will be Wednesday, October 30, 2013 from 7:00 p.m. until 9:00 p.m. and where funeral service will be held Thursday, October 31, 2013 at 2:00 p.m. Burial will be in Zion United Cemetery at a later time. Family flowers only, donations may be made to Queens County Food Bank or charity of your choice. Online condolences may be made to www.chandlersfuneral.com

Offer Condolence for the family of Donald M. Smith (Donnie)