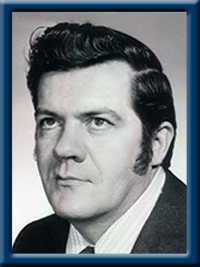 DEXTER – Warren C., 82, of Milton, passed away peacefully in Queens Manor, Liverpool on Wednesday, January 24, 2018.
Born in Milton, he was a son of the late Warren J. and Myrtle (Weir) Dexter.
Warren was a real estate agent for most of his working life but was a teacher and served with the Halifax Police Department and the RCMP Marine Division as a constable in his former years. Warren enjoyed everything outdoors from hunting and trapping to fishing. His family was most important to him; spending time with them, especially with his grandchildren.
Warren is survived by his daughter Patricia (Gus) Vromans of Brooklyn; his sons John (Dawn) of Brooklyn and Terry (Jennifer) of Harvard, MA. His grandchildren Terry John “TJ”, Colten, Amanda and Andrew. His sisters Joyce Denno of Vancouver, BC, Joan Deeks of Milton and his brother Noel (Jean) of Beach Meadows.
Warren was predeceased by his wife Florence, his sisters Barbara, Madeline and Doris and his brothers Harvey, Paul and Bill.
Cremation has taken place under the direction of Chandlers’ Funeral Home, Liverpool, where a funeral service will be held Tuesday, January 30, 2018 at 11:00 a.m. Reverend Judy Cross officiating. Reception to follow. A private family burial will take place at a later time. Family flowers only, donations may be made to the Alzheimer’s Society of Nova Scotia. Online condolences may be made to www.chandlersfuneral.com

Offer Condolence for the family of Dexter; Warren Charles