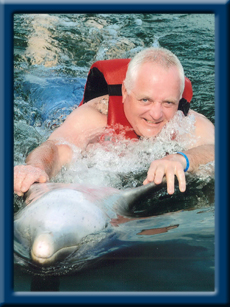 Dexter – Stephen Michael, 60, of Brooklyn, Queens County, passed away suddenly on Tuesday, March 27, 2018, in Queens General Hospital, Liverpool, NS.
Born in Liverpool, he was a son of Delphine (Hill) Dexter of Brooklyn and the late Atwood “Put” Dexter.
Stephen was an electrician working for various companies throughout Nova Scotia and New Brunswick, having spent the past 15 years as electrical supervisor for G.J. Cahill. He enjoyed golfing, woodworking, fishing and boating. Stephen will be lovingly remembered as being loyal and always giving a helping hand to anyone in need. Above all else, he was most passionate about his family and spending time with them.
He is survived by his loving wife of 37 years, Patricia (Hall); sons, Graham of Halifax, Matthew at home; sister, Rosalee Smith, of Eagle Head; grandchildren; Chloe and Piper; mother in law; Edith L. Hall, of Bridgewater; brother in law, Peter Hall, of Bridgewater; sister in law, Pam (Peter) Cormillot; nieces, Sophie and Silvie Cormillot, all of Summerland, B.C.; his extended family, Tammy, Michael and Scott Smith and their families, all of Ontario.
Stephen was predeceased by father in law, Wallace Hall; brother in law, Murray Smith.
Cremation has taken place under the direction of Chandlers’ Funeral Home, Liverpool. Visitation will be held Friday, March 30, 2018 from 7 until 9 p.m. and funeral service will be held Saturday, March 31, 2018 at 3;00 p.m. both in Chandlers’ Funeral Chapel, Liverpool. Reverend Dr. Harry Gardner officiating. Reception to follow. A private family interment will take place at a later date. Family flowers only, donations may be made to the Queens General Hospital Foundation or a charity of your choice. To share memories or condolences, please visit www.chandlersfuneral.com.

Offer Condolence for the family of Dexter; Stephen Michael