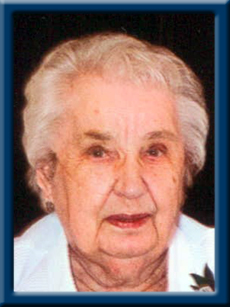 DEXTER – Phyllis M., 87, of Brooklyn, Queens County, NS, passed away in Queens General Hospital, Liverpool on Friday, May 29, 2020.
Born in Sambro, NS, Phyllis was a daughter of the late Roy and Kathleen (McPhee) Hart.
Phyllis worked as a C.N.A. at the Camp Hill Hospital, Halifax where she met her husband Samuel who was a patient. She also worked at Queens General Hospital. Phyllis loved going to the casino, playing cards, watching sports, especially the Blue Jays and curling. She also enjoyed quilting and crocheting in her younger years and going to Memories Café in Liverpool after her workout at the gym.
Phyllis is survived by her daughter Debra Dexter (Maynard Whynot), and her sons Glen (Diane), Robert (Rachel) and Craig, all of Brooklyn. Her grandchildren Jennifer (Thomas) George, Jaime Dexter (Scott Mullins), Adam Dexter, Michelle Dexter (Ryan Foster) and Kerri-Ann Dexter (Adam MacDonald). Her great grandson Samuel George. Her sisters Margaret Clattenburg of Halifax and Faye Brown of Sambro. Her brother Carlton of Portuguese Cove, NS.
Besides her parents, Phyllis was predeceased by her husband Samuel and her brother Reginald.
Cremation has taken place under the direction of Chandlers’ Funeral Home, Liverpool. At Phyllis’ request, there will be no funeral. No flowers, donations may be made to Nova Scotia Lung Association, Canadian Cancer Society, Queens General Hospital Foundation or to a charity of your choice. Online condolences may be made to www.chandlersfuneral.com

Offer Condolence for the family of Dexter; Phyllis Marie