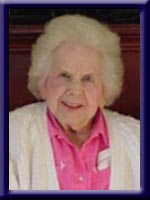 Dimmick, Margaret Keith, of Milton, passed away on November, 25th, 2009 at the age of 98 at Queens Manor, Liverpool, NS.

Born in Glasgow, Scotland, she was a daughter of the late John and Margaret (Keith) Davey.

Margaret moved to Nova Scotia in 1975 with her husband, Russell Dimmick who passed away in 1993. She was born in Scotland and had lived in Toronto, Illinois, New Jersey, and New Hampshire. Margaret was a RN who was in charge of the premature nursery in New Jersey, head nurse in New Hampshire and ended her 30 plus career as a college nurse. She was a remarkable and highly thought of lady – one who will be sorely missed.

Margaret is survived by a daughter, Peggy Airey, of Milton, Nova Scotia and a son, Donald Dimmick and his wife, Anita, of Arvada, Colorado.

Cremation has taken place under the direction of Chandlers’ Funeral Home, Liverpool. There will be no funeral service by request. Donations in her memory may be made to your local SPCA. Online condolences may be made at www.chandlersfuneral.com

Offer Condolence for the family of Dimmick, Margaret Keith