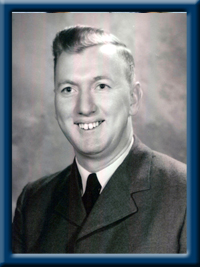 Robert was born in Liverpool and grew up in Brooklyn, Queens County. He was the eldest son of Verne and Esther (Parnell) DeLong.

He spent several years in the R.C.A.F. after which he worked at the Bedford Institute of Oceanography from where he retired in 1993. Robert was a former member of both the Waverley and Queens County Ground Search and Rescue teams. He was also an avid Ham radio operator (VE1 AOI). He was a former member of the Liverpool Curling Club and volunteered at the local food bank.

He is survived by his wife of 60 years Barbara (Manthorne) and daughters Anne Publicover (David), Susan and grandson Daniel Publicover, sister Eleanor Connolly, brother Steven (Lesley) and several nieces and nephews. He was predeceased by sister Pamela Georghiou.

Cremation has taken place under the direction of Chandler’s Funeral Home. A Memorial Service will be held on Friday, December 3rd, 2021, at 11:00 A.M. in Liverpool United Baptist Church. Rev. Dr. Steven Hopper officiating. No visitation or flowers by request. Donations in Robert’s memory may be made to the Liverpool United Baptist Church or to Queens General Hospital Foundation. Online condolences may be made to www.chandlersfuneral.com

The family would like to thank Queens County VON, Queens General Hospital staff, and Dr. James MacKinnon for their compassion and care.

Those attending Robert’s service are asked to provide proof of vaccination, covid tracing information and wear a mask at all times while in the Church. Hand sanitizing and social distancing is encouraged whenever possible

Offer Condolence for the family of Delong; Robert Edward