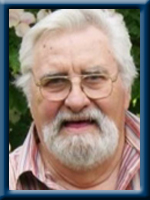 Philip Ralph Decker, 75 of Brooklyn
It is with sad hearts , after a brief illness with cancer, the family announce the passing of Philip Ralph Decker at Queens General Hospital on February 13th, 2015.
Born on February 4 , 1940 in Brooklyn, he was the only son of the late Alexander and Mary ( Nesbitt ) Decker.
In Philip’s younger years, he sailed on the ” Rover ” for Markland Shipping Co. He was a professional deep sea diver, returning to Brooklyn and marrying his wife of 46 years. He worked and retired from Bowater Mersey Paper Co. He enjoyed growing rhododendrons from tissue culture and selling them. His passion was playing bridge and going to tournaments. He was 12.35 points from achieving silver life master and was a member of the American Contract Bridge League. Philip and his wife owned and operated Scotian Gift Shop, Brooklyn, and MacDonald’s Second Hand and Antique Store in Milton.
He is survived by his wife ,Rose Mary (Fralic ), son Bradley (Jennifer), Fort St. John, B.C. ,Granddaughters Sydney, Kelsey, Fort St. John, B C. Mother, Mary Bridgewater, sister Vernelle Bonertz , Valleyview, Alberta , A special family, Greg and Nancy Prendergast, Sydney , Jessica Prendergast , Waterloo, Ontario.,Christina. Prendergast , Sydney , as well as many nieces , nephews , and cousins .
He was predeceased by his brother in law Larry Bonertz, Valleyview Alberta.
At Philip’s request, there will be no funeral, however, there will be a committal at a later date. In lieu of flowers donations may be made to the Queens General Hospital Foundation Fund. Box 528 Liverpool Nova Scotia B0T 1K0. Online condolences may be made to www.chandlersfuneral.com.

Offer Condolence for the family of Decker; Philip Ralph