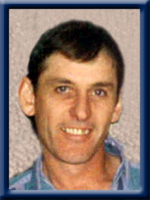 DAVIS – Alan W.,  56, of Liverpool, passed away peacefully in Queens General Hospital, on Friday, November 8, 2013 surrounded by his loving family.

Born in Liverpool, he was a son of the late John and Jean (Woodworth) Davis.

Alan was a crane operator for McNally Construction of Halifax for over thirty years. He had a passion for riding his Honda Fury motorcycle and doing yard work such as gardening and building walls. He enjoyed antiques, scoping out finds at auctions as well as working in his garage and being in the woods. His greatest love was his family especially his three grandchildren and spending time with them.

He is survived by his wife of 36 years Kathy (Whynot); his daughter Kim (Joe) Panczyk, of Milton, his son Todd  (Dawn Burgess) of Liverpool, his grandchildren Sadie Jean and Harrison Panczyk, Avery Whynot, his sisters Diane (Douglas) Ingram, Paula (Bill) Allen and Jeanette (Jeffrey) Wamboldt, all of Liverpool, his brother William (Sandra) of Danesville.

He was predeceased by his brother David.
At Alan’s request, there will be no funeral service. No flowers by request of the family, donations may be made to the Canadian Cancer Society. Online condolences may be made to www.chandlersfuneral.com

Offer Condolence for the family of Davis; Alan Wayne