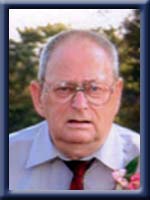 Born in Port Mouton, he was a son of the late Newman and Rita (Williams) Daury.

Judson was a fisherman all his life. He enjoyed hunting, playing cards and doing puzzles in his spare time. He was also an avid Blue Jays fan and enjoyed a good “argument” from time to time. He loved to listen to music and attend variety shows.

He was predeceased by his brothers Loman and Wayne and nephew Shawn.

Cremation has taken place under the direction of Chandlers’ Funeral Home, Liverpool where funeral service will be held Thursday, April 5th, 2012 at 11:00 a.m. Reverend Judy Cross officiating. No flowers by request. Donations may be made to the West Queens First Responders Association. Online condolences may be made to www.chandlersfuneral.com

Offer Condolence for the family of Daury; Judson Newman