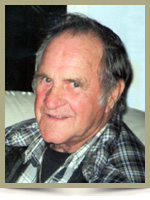 Born in Liverpool, he was a son of the late Roy and Elizabeth D’eon.

He first worked for the Dempsters Bakery as a delivery man before working as a longshoreman in B.C., for over 20 years. Duffy enjoyed his life to the fullest and took in as many experiences that he could fit in, including over 30 trips across Canada from coast to coast. He was an avid sportsman, enjoying hunting, playing, coaching and watching baseball and hockey. He was also a former member of the Liverpool Kinsman Club

He was predeceased by sisters Pauline, Jennie; brother Joseph.

Cremation has taken place under the direction of Chandlers’ Funeral and Cremation Services, Liverpool. Visitation will be held Tuesday, November 8th, 2011, from 7-9 p.m., from Chandlers’ Funeral Home, 91 Union Street, Liverpool. A private family service will be held at a later date. No flowers by request, donations may be made to the Nova Scotia Heart and Stroke Foundation. Online condolences may be made to the family at www.chandlersfuneral.com

Offer Condolence for the family of D’eon, Morris Stephen “Duffy”